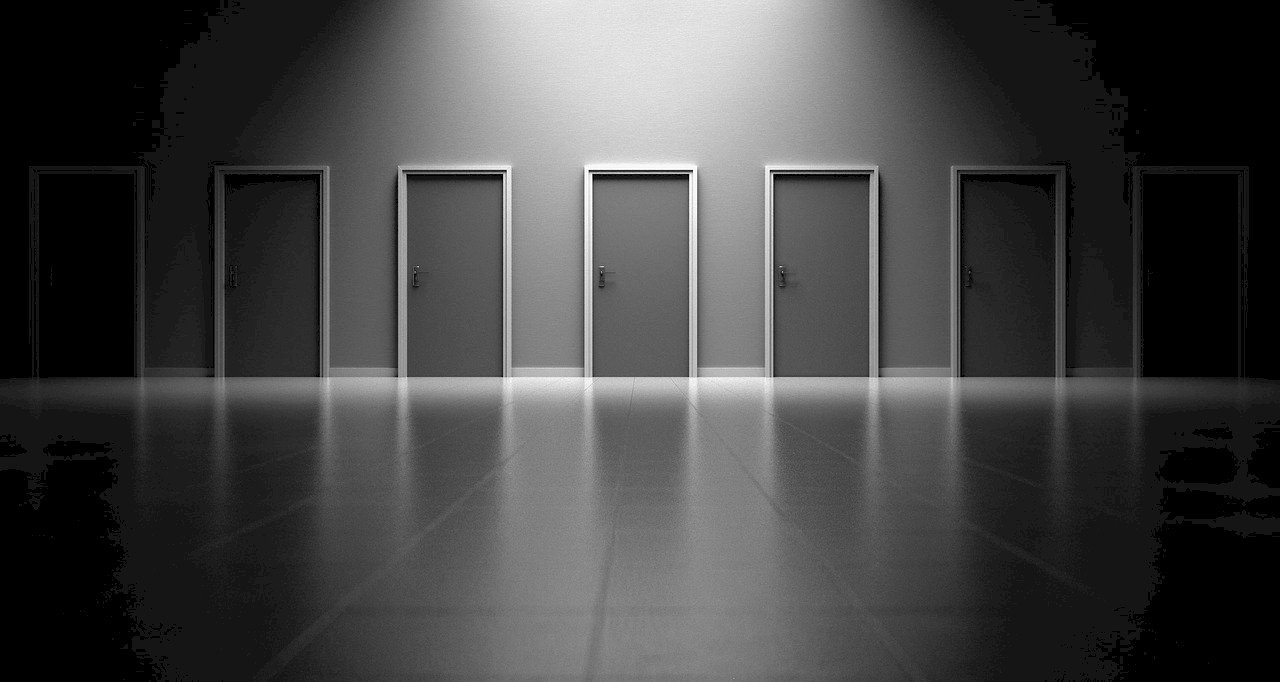 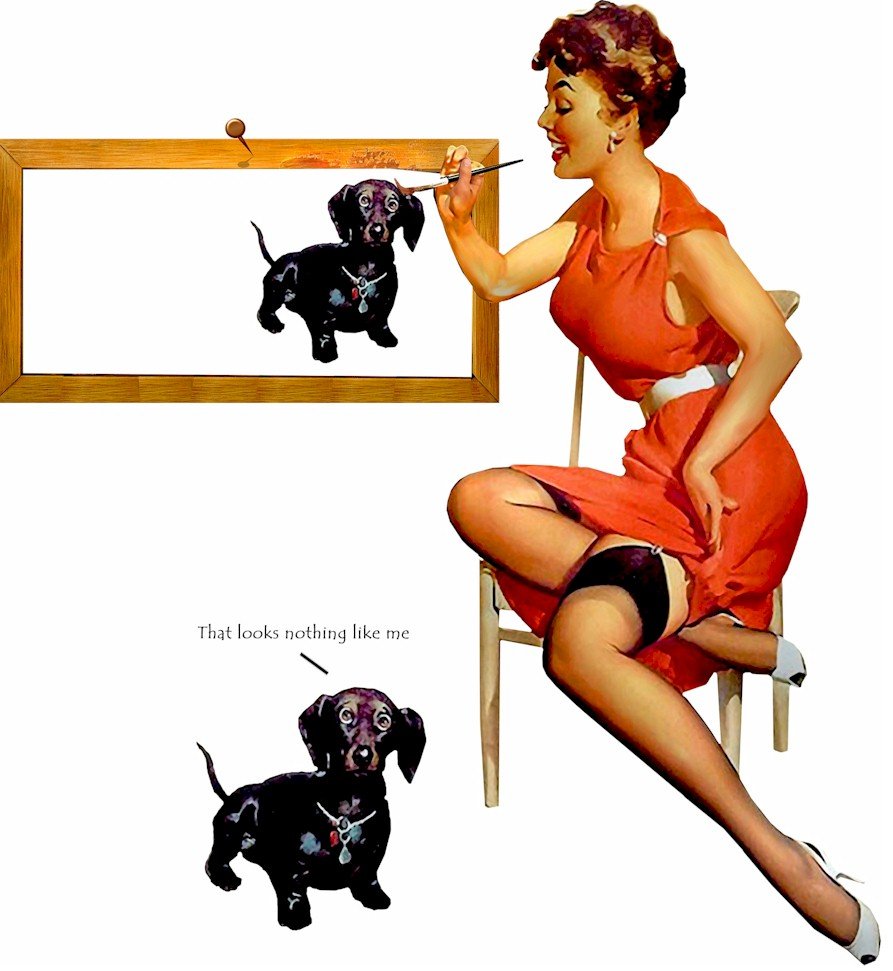 Sarah has sent an advert featuring herself in her new role as Cucumber Girl for the Canadian Cucumber Conglomerate.

Oh, hold on a minute, she’s sent another Ad:

Recently added to my ever-lengthening list of failures & disasters is Branding.

I have had zero takers for my unique service

What I’ve done is think long & hard and come up with a sensible way forward:

I have withdrawn some publicity materials regarding my Tit Warmer and have apologised to Zanussi for ‘misappropriation’ of their ‘property’ by using the slogan “The appliance of Science for Tit Torture”.

I issued a second apology and retraction for suggesting Zanussi are in the market for tit torturing apparatus: they are NOT, have never been and have ZERO INTENTION of ever doing so.

To emphasize: Zanussi have nothing to do with tit torture – that’s my domain

Zanussi are a world leader in the manufacture of electrical goods such as washing machines and dishwashers. Their products are first class. I myself have a Zanussi washing machine and am ecstatic at how great it is and the dishwasher washes dishes like you wouldn’t comprehend. It also does cups and other stuff.

Because I know everything, my opinion is often sought by Tarts – especially dense ones.

Sarah, the sexiest girl on the planet (Southern Hemisphere) has been in touch regarding a sofa; “Sywwow, you know everything so I’m seeking your opinion about a sofa I came across on a recent photo-shoot.
There’s an identical one at the furniture store near where I live and the guy said I can have 5% discount if I suck him off, 7% if I swallow (which I always do anyway, the big sucker)”

Continue Reading Sarah and a Sofa

I was in two minds about this but, by golly, if you’re proud: be loud.

Tarts, don’t download it and show your friends making claims and telling fibs because it won’t wash, dig

Men, I don’t want this appearing on any dating sites accompanied by bragging. Tarts aren’t stupid. Well some are. The stupidity of tarts is erroneous – don’t nick my pic

As head of B.T.M (Big Tits Matter) I was dubious when informed of this dubious product designed to; “Gently warm the larger breast”.

I engaged my great small-titted friend, Lady Andrea S. to test this “Best product for Big Tits since the rolling pin”.

Lady Andrea read the extensive user guides and some of the warning leaflets before ordering me outside, topless, into the cold & rain so as to cool my massive tits.

I was stood out there for a couple of hours whilst she unpacked the device and set it up.

Eventually she invited me in and I was pleasantly surprised to see she’d set it up perfectly. I thought it would be beyond her because she’s a bit stupid.*

*I subsequently learned she’d got Miss Aileen S. to set it all up which is why it took two hours, Aileen having to return from the library where she is researching an article on Soviet agricultural procedures and its effect on the collapse of the Union for a site called sywwow.com

I had to lean forward slightly as Andrea positioned my fantastic & wonderful pair of tits in the machine. She then closed and clamped it down squashing my beautiful bouncy breasts almost flat.

Then she switched it on and I was surprised to feel my freezing cold tits warming up gently. It was really rather nice.

But. She then switched it to ‘max’ and my gorgeous fun bags became very hot indeed.

I couldn’t escape as the pain got worse as I was clamped there. Andrea took advantage of this by removing my skimpy little skirt and fingered my cunt. (I don’t wear panties because I’m a big slut)

She did all sorts to me down there claiming it said it was ‘all part of it” in the user guide.

When she finally realised I was in distress she let me go. My tits felt like they were on fire and hurt considerably from the squashing.

Mercifully, she used some Sywwow Tit Cooling Liquid on me. However, this only seemed to help for a short time.

What I had to do in the end was go outside pouring Sywwow Tit Cooling Liquid repeatedly over my hot tits.

After several hours my tits cooled down but were still red and sore. Then, suddenly, they were freezing again.

Aileen eventually let me in because Andrea was too busy sending shit anonymous emails to the manufacturer whingeing they don’t make a product for her (the flat-chested bitch).

I wasn’t going to use that fucking machine again to heat my award-winning mammeries so I tit fucked Aileen – gently – for quite some time until they were warm.

As I tried my hardest to get one or other of my tits into her cunt, I realised my tits were quite hot again. I think, with careful planning and some effort on both our parts, I could get one of my tits inside Andrea’s spacious twat. That would be hot

BTM is an organisation dedicated to the furtherment of the larger breasted female providing help and support to ladies with big or massive tits. BTM has been instrumental in curbing some of the more extreme things done to big boobs but, apart from that, overall, do a good job

I spent ages making this so, if you’re a tart, you’d better watch it or watch out.

Continue Reading Tarts, I made a video for you

Netflix is a respected on-line streaming service far & away the most successful in the field.

Netflix is one of the leading producers of content, both film and TV, promoting production throughout the world.

Netflix is an artistic company and, thusly, are willing to extend a certain latitude to fellow artists. Another reason to applaud the great company which is Netflix

Netflix is the first choice for on-line streaming and I am, myself, a pleased & contented subscriber currently enjoying The Crown where I played a small part in its production. I don’t think Netflix know about that.

Netflix have a vast range of hit shows available to stream on demand in HD. One such show is The Queen’s Gambit.

The Queen’s Gambit, starring Anya Taylor-Joy, is all about Chess. I wonder where they got that idea.

It is a first-class series and has loads of great stuff in it about Chess. However, unlike my special evenings on Saturdays at the Sywwow Mansion (Central England) it does not feature Topless Chess. This is set to change in the second series which they haven’t announced yet because it’s a secret

For no apparent reason: Whilst some on earth slept others worked and played. Regardless, someone developed “The Suggestion”.

Using my expertise in everything I will now show you how to do Aural Sex:

Continue Reading Aural Sex – how to do it

Well, when I came back in she said “I’ve got a strawberry in my twat and can’t get it out”

I told her, “What do you expect me to do about it?”

She said, “You put it in there, you get it out”

I know. It sounded made up to me. Like the time she had a ladder in her tights

I know. A ladder. A ladder is about six-foot long and made of metal

Yes. Or wood or fiberglass

Whatever a ladder is made from. How could she get one in her tights?

I went downstairs, got some plates I can’t stand, went outside and smashed the fuckers

I hate plates. Almost as much as I detest saucers.

Saucers. Don’t get me started on those fuckers

Vanilla Spanking is best described as normal straightforward spanking, probably over-the-knee. Nothing more and certainly not using elaborate procedures such as being tied.

Many women fantasise about simply being put over the knee and given a spanking: Vanilla Spanking.

This, I am only too pleased to provide and is what I get asked about the most.

I am constantly tinkering with my Spanking Services Page to reflect this availability. However, the page encompasses a wide range of activities. My advice is to read the page and my spanking guide and, of course, simply ask me: contact me

I, uniquely, will provide you with the simple spanking you seek – nothing more being expected nor sought. This is why I provide home visits – you’d be surprised how far is my reach.

Even if you have no intention, despite my reassurances, of ever meeting me; isn’t it a bit of a thrill that you could be only several emails away from a Vanilla Spanking?

As always: It’s up to you 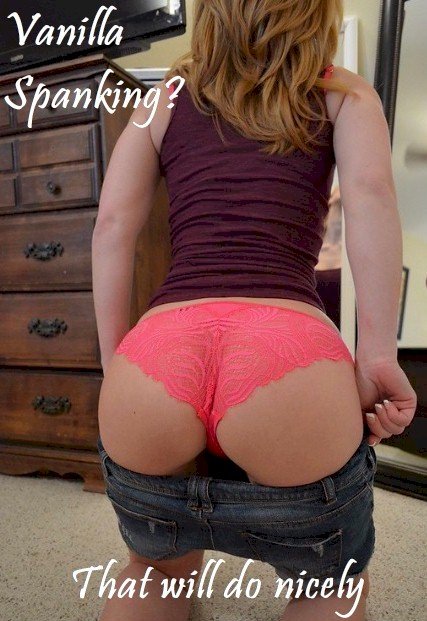 When I saw the new Stare Evening Dress from Fashion by Sywwow I screamed.

After I collected myself, I looked again and screamed even louder than before.

It is a creation of divinity.

Any woman going out for the evening not wearing this outfit may as well go out wearing a shitty Chanel embarrassment.

Never, in the history of Fashion, has such a designer existed.

Not only that, if he, the great man, doesn’t favour you – you can’t even buy one

This scurrilous piece of so-called ‘journalism’ appeared in this morning’s Times of London:

Trouble making Lord Sywwow has been at it, again.

This time, he has inflamed them with a dangerous device for tit torturing thinly disguised as a way of warming cold tits, as if he wants to help ladies as opposed to torment them.

I put this to Dame Beatrice, head of Big Tits Matter; “Outrageous. He brought out a product which was useless for those of us with massive mammeries. Then, to cater for huge udders, he introduced a second machine to squash and hurt the larger breast. It’s outrageous”.

Sywwow, who is known for hiding from the press whenever one of his stunts goes too far was unavailable for comment, but his office issued the following; “Lord Sywwow is a great man. Everything he does is to help the world or himself. It’s easy for Dame Beatrice to criticise when her tits are warm and comfortable. But, what about those less fortunate? For instance, a Tart may have been tied to a fridge using my top secret ‘Tart-Ties’ and her tits are freezing. Would she deny the poor tart the welcome luxury of having them heated up?”

Informed of this response, Dame Beatrice was even more furious than before; “Let him tie me to a fridge, freeze my tits and then squash them with an absurd heating machine and then, I guess, have weird sex with me perhaps involving him pissing in my mouth and me doing it to him”.

Lord Sywwow, suddenly, was available to comment: “I bloody well will Beatrice, you Tart. But you’re not doing the last bit – you bonkers big-boobed broad”.

On the off-chance I contacted Lady Andrea S. and, sure enough, she was really pissed off; “He’s done fuck all for us Tarts with small tits. My tits are cold. What am I supposed to do?”

“I’ll spank them until I figure something out”; said Sywwow – once again available for comment

“You’re fucking right there”; said the Lord of Chaos.

“Invent something to heat small tits”; responded Andrea the head of the newly formed S.T.A.G. (Small Tits are Great)