Let me take you now to a construction site in the north of England where a car-park, first laid in the 1950s, is being dug up.

A corpse is uncovered. Work stops and the police are summoned. Foul play is suspected and talk is of a gangland killing linked to the abandoned club whose car park it was.

Soon, many are present from multiple agencies and departments for it transpires to be a cemetery belonging to another vacant building, a chapel.

Work now is suspended for weeks because, in cases like this, great care and detail is taken in establishing the identities of those interred so descendants can choose re-internment or simple cremation.

When all efforts have failed, the uncared for and the unknown are consigned to the flame with what is known of them carefully recorded.

Do not fail to underestimate the care and diligence of those who are assigned this task. The variety of whom, by law and necessity, vary considerably.

Their work, one day, was brought to a halt. Opening a coffin whose preservation was aided by tarmac, a young girl was revealed. Dressed in a long night dress she held a wooden doll. Dolls, over 150 years ago, were often made of wood and simple by today’s standards yet featured with moving limbs and head.

They had lain together for nearly two hundred years.

The impact of this tragic scene led to a cessation of work for the day.

The following morning it was soon discovered the doll was gone. Stolen.

Nothing more was found as to who this little girl was but, what is known, is someone carefully placed that favourite doll, perhaps her only doll, in her arms for her to hold close to her as she made her final journey.

Her final journey was in an unmarked van to a facility on the edge of town.

She made that journey alone.

So long ago was it, no-one now remains.

No record or diary made mention of the day she went away.

The carriage left carrying the betrothed now released from the bond as her fiancée was drown’d by the treacherous estuary where he fished since a boy.

The wedding was within days when the wrecked boat was found. The bans having been read; Lilly and Christopher both of this Parish and in love since they met at the very church where they were to be joined together for ever.

Leaving for her new life in Newcastle where she was to be a Lady’s maid, the young girl of but 17 years wiped a tear from her eye as she embarked on what she did not yet know would be a long, prosperous and happy life.

In these years to come she would sometimes think of Christopher and all that might have been for, in her heart, he always had a place.

As the carriage passed the barn which had been a secret place of theirs, a hidden pair of eyes watched until the girl had left their sight.

The silent observer would become a scourge to those who ever were to cross his path during a short new life in the New World before ending in a noose, ironically for a killing for which he was entirely innocent.

As he left this world his last thoughts were of his dear Lilly.

Knowing himself to be cursed, he had let the one good thing in his life go free lest she be cursed along with him when her only crime would have been to have loved him so. 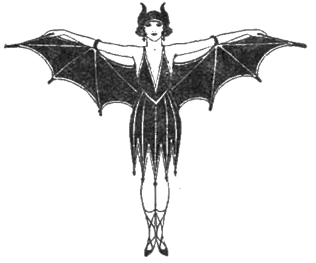 As a breath of evening air caught her hair she moved to clear it from her eyes.

In doing so her glasses fell to the grass on which she walked.

Retrieving them she stumbled slightly

Smiling, she continued on her way

Yesterday, where she briefly paused, was the end of a rainbow

You see now, there really is gold – at the end of a rainbow

Wherever you go, whatever you do
It’s a reminder – I’m thinking of you

A gate in a summer breeze

The Clouds they parted the sun filled the sky
All for the knowing, she was near by

The moon was a beacon the stars did shine bright
All for her being, lights up the night

Continue Reading All for

I would run so fast I could feel the wind in my face.

When he said; “come on”, I knew he’d give me the squashy ball and we’d go home for tea.

When the little ones came, they worried I would hurt them. I never would. They’re laughing made me so joyful I would run to tell the sky.

I would protect them because it was my job and I’d chase away any who came near with my angry voice. I was so proud of my job.

One day a horrible boy came near and I yelled and yelled at him but he wouldn’t go away. I nipped him to show him and he ran off. They were so angry with me and I didn’t know why.

The next day we didn’t go to the fields but to the smelly place where all of us get scared. I don’t know what happened but I fell asleep on the table he put me on.

I couldn’t find him for a long time but he was in the house where the noisy things lived. He was crying. I tried to tell him I was there and shouted as loud as I could.

I live here now in the fields. Every day I run so fast I can feel the wind in my face.

He will come here one day to stay, I know he will, and he’ll give me the squashy ball and we’ll go home for tea.

All of my stories are true. This one does not feature me.

One day someone will close their eyes and she’ll be gone for ever.
As fragments in a memory her last remnants will disappear into time
She walked, talked and lived and laughed.
She deserves so much more
That’s why I gave her a star

Continue Reading A pinprick into the firmament beyond

To begin at the beginning would be a very bad place to start.
Let us, instead, look at the scene as itself presents

Let us leave this place, taking with us, as we quietly close the door, comfort:
Born this night past, a poem

A Tale of Wonder